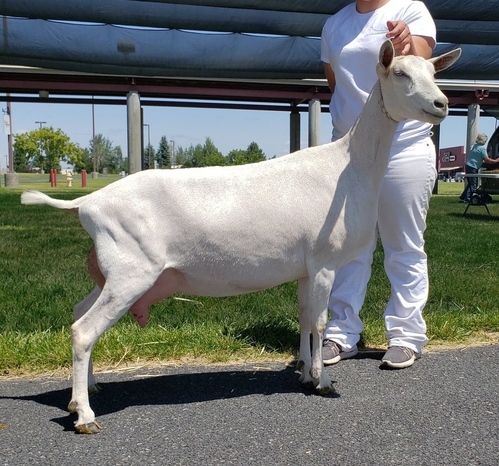 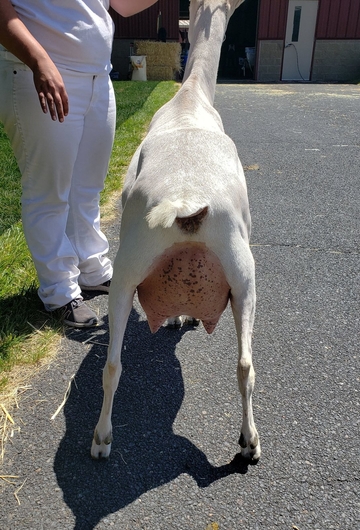 To answer the first question - no she isn't a Saanen!  Opal is a continuation of our white line, which began with an Experiment doe named Ap-Cree-Acres Lady Lie Lie many years ago.  Opal is now 4th generation American Alpine, and we cherish these white does we occasionally get - one reason is that they often end up being Top Ten milkers!

Opal's sire is the one and only Sodium Oaks Wampum - had I know what kind of babies were hidden in that straw, I would have used him sooner!   Opal did not settle as a kid, and so was a first freshening 2 year old in 2019.  She certainly did not disappoint us!   Opal was the 11th place 2 yr old milker at the 2019 National Show.

We decided to do a breeding with her this fall that will produce kids with the most Sodium Oaks blood seen in a quite a few years - she has been bred to our Sasin Son - Soldier-Mtn Sasin Selleck for a late February kidding.